YOU ARE READING: Bank Stocks in Rally Mode After Fed Directive AT Life Insurance: Companies, Policies, Benefits and More

U.S. commercial banks are bucking the downward tide on Monday morning after the Federal Reserve released the second round of 2020 stress tests and gave the go-ahead for limited dividends and share repurchases in the first quarter of 2021. The allowances will be based on the income earned in the prior year, and banks posting red ink will not participate. All major players released statements after the news, advising that they will proceed in line with the directive.

This is great news for shareholders, with banks underperforming the S&P 500 index and other broad benchmarks by a wide margin in 2020. Dow component JPMorgan Chase & Co. (JPM) advised that it would maintain a dividend of $0.90 per share in the first quarter and embark on a new $30 billion share repurchase program. Other players were less specific but are likely to follow up with exact figures in coming days.

The announcement should translate into Wall Street upgrades and higher price targets for bank stocks in coming weeks. They’re sorely needed, given bearish outlooks as a result of low interest rates and the struggling world economy. The Street’s “Moderate Buy” rating on JPMorgan stock, based on four “Buy” and seven “Hold” recommendations, is typical, offering few reasons for investors to jump on board, especially with one analyst recommending that shareholders now close positions.

See also  How to Invest in the Japanese Stock Market: Everything You Need to Know

The SPDR S&P Bank ETF (KBE) posted an 11-year high at $52.00 in March 2018 and turned lower, entering a downtrend that is still in force more than two years later. Downside has unfolded through large-scale selling waves in 2018 and 2020, while the recovery wave off March’s seven-year low is now testing the .618 Fibonacci selloff retracement level. This is solid progress, but bears will remain in charge until the rally mounts the lower high posted in December 2019.

The on-balance volume (OBV) accumulation-distribution indicator is telling a more bullish tale than price after topping out in May 2018 and dropping to a three-year low in May 2020. Buying interest since that time has been impressive, lifting OBV above the 2020 high and into the highest high since November 2018. This bottom fishing exercise could pay off, fueling a broad-based sector recovery that eventually signals a new uptrend.

JPMorgan Chase stock has carved a more bullish pattern than the broad sector, breaking out in 2017 and posting new highs in March 2018 and January 2020. The stock plunged to a three-year low in March and tested breakout support successfully, ahead of a strong uptick that mounted the .618 selloff retracement in November. Shares of the banking giant are trading higher by nearly five points in Monday’s pre-market and should open just below the .786 retracement level.

OBV topped out in May 2018, posted a lower high ahead of price in December 2019, and fell to an 18-month low in May 2020. Buying pressure has been erratic since that time, stalling about half the distance back to the high. The indicator needs to turn around and challenge August resistance between now and the middle of January or this recovery attempt could fail, carving a lower high ahead of more destructive 2021 downside.

Fibonacci retracements are popular among technical traders. They are based on the key numbers identified by mathematician Leonardo Fibonacci in the 13th century. Fibonacci’s sequence of numbers is not as important as the mathematical relationships, expressed as ratios, between the numbers in the series.

Bank stocks are trading higher on Monday after the Federal Reserve approved limited dividends and stock buybacks in the first quarter of 2021. 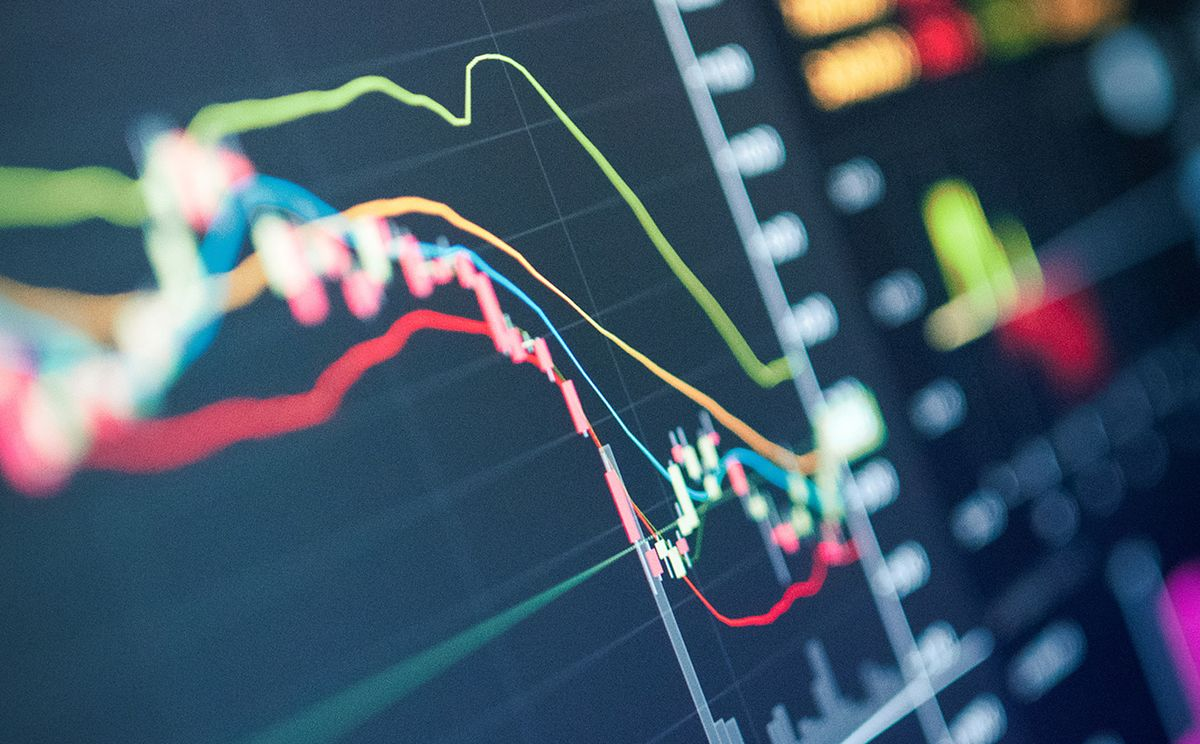 Margin Trading in Stock Market: What is It and How Does It Work?

Charts Indicate Casino Stocks May Be Worth a Gamble